In 1906 a two level building was erected on the corner of 5th and Broadway and became the Gary State Bank Building which operated in the above building until it was razed in 1925 to make way for a new 10 story high rise building.

In 1927 the 10 level Gary State Bank Building was erected and opened on the corner of 5th and Broadway and became the premeir office building in Gary and all of NWI with banking and retail on the ground level. In addition to providing the community with luxurious office space of its time, the bank served the more than 30,000 steel mill workers, their families and the entire community on a daily basis.

The architectural firm that originally designed the Gary State Bank Building was the Ivar Viehe Naess & Company of Chicago with its offices located in the Wrigley Building. The orginal drawings and blueprints remain in the possession of the current owner.

The legacy of Ivar Viehe Naess is carried on through his grandson, Ivar Viehe Naess III, a third generation Harvard educated architect currently managing his own architectural firm in Washington DC. Please visit his website by clicking on his logo below. 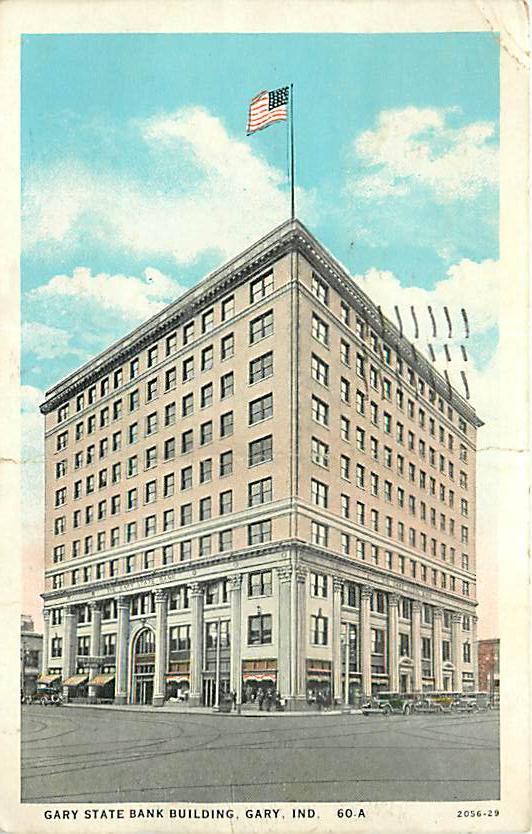 THE HISTORY OF 504 BROADWAY